Once a lab curiosity, barely able to cure a UV ink, UV LEDs first appeared early in the 21st century as play things, and then later as commercially available curing devices. With very low power initially, power levels have increased to a point where curing applications emerged in the last few years.

Progress to full commercialization has been notable in the ensuing decade to the point where now UV-LED curing has been broadly adopted. This has occurred across the UV printing, coating, and adhesive sectors of the marketplace. Over this time, UV-LED equipment has gradually become more powerful, efficient, and viable economically. This is resulting in more users and applications replacing UV mercury arc lamps.

Today’s UV LEDs, for the most part, deliver adequate power in terms of both irradiance (Watts/cm²) and energy density (Joules/cm²) values. As such, LED arrays are producing a higher power output than UV mercury arc lamps. So, let’s discuss UV radiation wavelengths.

Mercury-based lamps emit over a “broad” band including UV, Visible, and IR of this spectrum. Additives to mercury, including iron (FE) or gallium (GA), may be used to change the spectral output of the lamp for through cure.

Spectral distribution varies depending on power level. At a 50% power level, Full Width at Half Max (FWHM) can be 15 to 20nm wide, while at lower power levels it can be 40nm or greater. The peak output of an LED is dependent on the type of source, 365nm, 385nm 395nm, etc.

The successful curing of UV inks, coatings, and adhesives requires an understanding of spectral opacity, and the film thickness. Cure is dependent on the penetration of long wavelength UV-A, UV-V, and to a lesser extent UV-B. Typically, short wavelength UV-C is absorbed at the surface of opaque UV curables and is effective in depth of cure only with optically clear coatings and varnishes. UV-C LEDs remain in development, so in their absence, LED lamp heads are designed to produce higher irradiance or intensity power output. Curing response is dependent on the spectral response of incorporated photoinitiators. The majority of UV LED curables are formulated to respond to 395nm.

UV LED curing technology is preferred in applications that require the curing of black, white, and metallic inks, as well as coatings, laminating and cold foil adhesives. All of these require that curing UV energy penetrates through dense opaque pigments or films.

Some UV LED curing production lines have been customized, using a mixture of different wavelength LEDs to optimize curing of certain product applications. Blended wavelength LED UV curing systems emit a uniform blend of wide spectrum UV and LED wavelengths at equivalent power levels. This is providing a wider 330nm to 405nm curing spectrum. Hybrid lines also exist that incorporate conventional UV lamps. Advances such as these have led to lower ink and coating costs as higher-priced photoinitiator packages are not always needed.

A key to monitoring UV measurement and process control is radiometers. Multi-band radiometers that are optimized for differing LED emissions are now available. These allow the identification of the different types of LEDs.

The state of LED technology today is that light emitting diodes have been broadly adopted by the general lighting market, and are now followed by the UV curing market. Growth in the latter has resulted because of improved pricing, overall performance, and full R & D support of the formulators of inks, coatings, and adhesives.

Contact Cork technical experts if you require either a coating with increased slip, or non-skid performance properties for an application. Corks’ business is the development and formulation of Aqueous, energy-curing Ultraviolet (UV), and Electron Beam (EB) specialty coatings and adhesives. 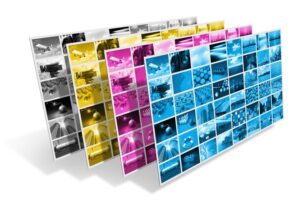 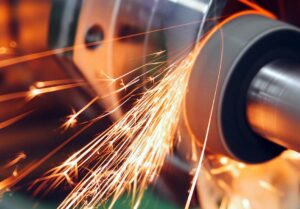